A New Cover for “Warriors of the Hollow World” 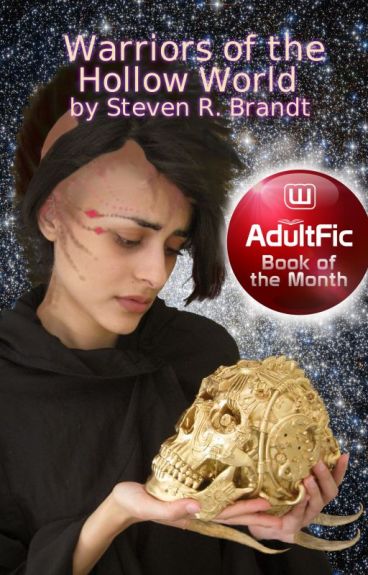 I am pleased to announce the new cover for my wattpad story “Warriors of the Hollow World,” featuring the amazing Zahra.

In the chapter depicted in this image, Zahra portrays the character of Olara who is speaking electrotelpathically with her dead friend/servant for the first time since he was killed.

Does this cover make you want to read the story? I plan to tweak the cover over the coming weeks, so let me know what you think.

Olara, the leader of the Claw Clan, has known only war her entire life. Vengeance, like the artificial world she lives inside, has circumscribed her every thought and action. However, the universe is much bigger than she imagines, and the darkness filled with stars beneath the ground is more than a mythical realm of magic and legends–it is the past and future domain of her people. She could share friendship with other, distantly related, humanoid races that travel through space–if she can put her hatred aside. But whatever she chooses, there will be war.

This entry was posted in science fiction, writing. Bookmark the permalink.